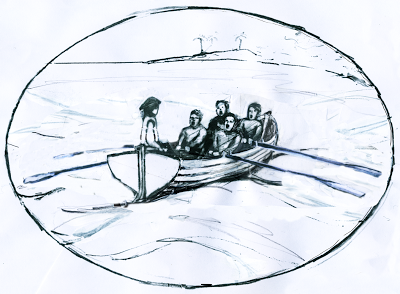 It's chilly, but not this chilly...

This picture belongs to the incredibly brave and stoic Gerry Clark who survived a frighteningly freezing time in the Southern Ocean on his boat Totorore in the 1980's, 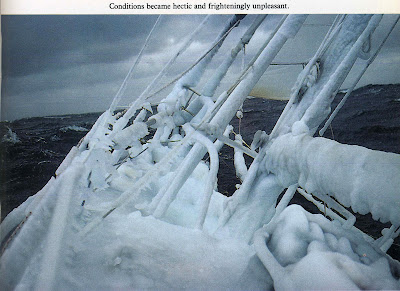 ...and I am worried about my washing machine;  how ridiculously petty and suburban is that?!  I think it's frozen (it lives in a shed next to the also-frozen outside loo).  At least I am not having to hack ice from my rudder so I can steer (under bare poles) and stay alive.

My washing machine doesn't look good in photos,  so here are some pictures of a mildly snowy Mersea Island instead. 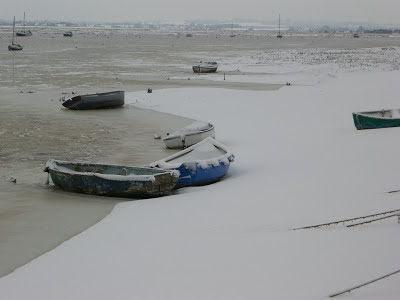 If you click on the picture below (to make it bigger) you can just about make out the withies marking the oyster beds. 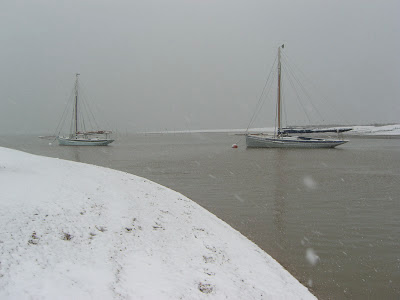 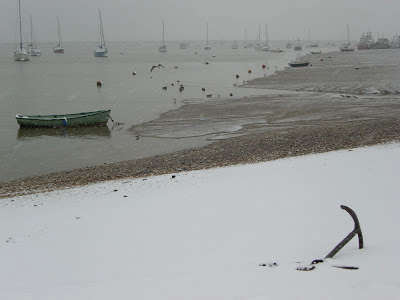 I quite like Januarys, and I had high hopes of leaping into this shiny new year full of verve and promises, but I have stumbled at the start -ugh horrid flu go away.

All sorts of lovely people have asked to use my Sailing Into the New Year image including this lot all the way over in Australia (where is it is topping 40C - hard to imagine as I sit here with five layers on and it tries to snow outside).

As promised, my favourite Claudiaism... 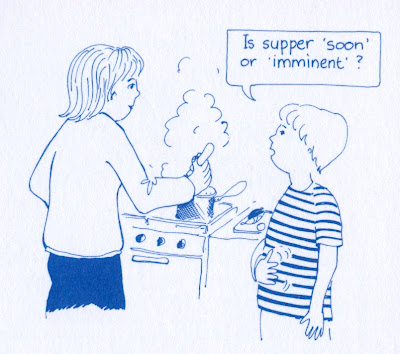 This illustration belongs to Claudia Myatt, and incase you're wondering about shipping forecast protocol, imminent means in the next six hours and soon means in less than twelve hours- both of which would be a jolly long wait for supper!
Posted by Leafy at 12:20 No comments:

Here I am dropping Stormy Stan ashore for the 2012 RNLI Boxing Day Dip (I think he might have got wet feet).  This is the first year I didn't swim but I had a good excuse. 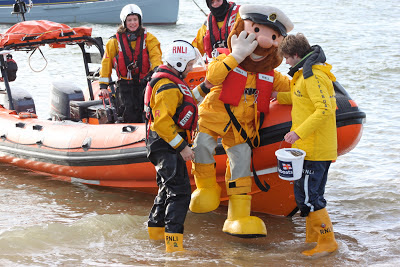 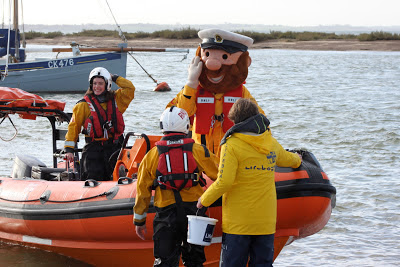 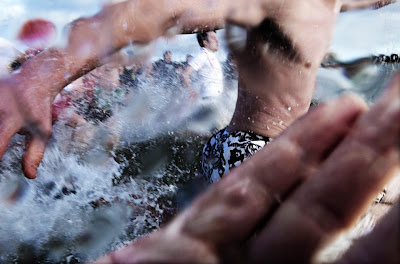 ...and here are some of the dippers (photo from jjdoyle.com who couldn't help dipping too);  a few people got cold, nobody drowned.