We Brits are infamous for grumbling about our weather.  There is a lot of  'Britain Battered by Storms'  talk in the news at the moment.

It really has been a bit wet and windy, so I think we might be allowed a little moan this time.  The railway at Dawlish washed away, for goodness sake, and the poor flooded folk in Somerset have been underwater for weeks.

Here on the East Coast, yes it's been quite windy and it's been quite rainy and we've had some fairly monster tides, but nothing as dramatic as the tidal surge that came a couple of months ago.  I promised to put up some pictures. So, better late than never, here goes....

It was a dark and stormy night (5th December 2013) and the tide came in and in and in until the North Sea was lapping at our gates. 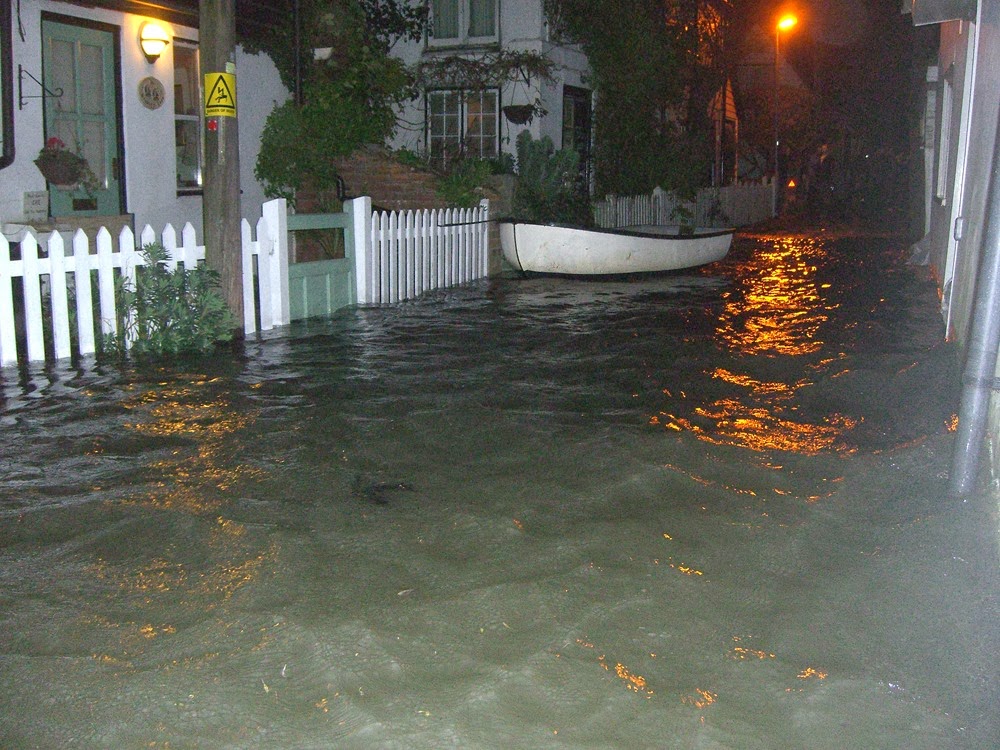 The following tides were quite high too, covering Coast Road and flooding up The Lane. 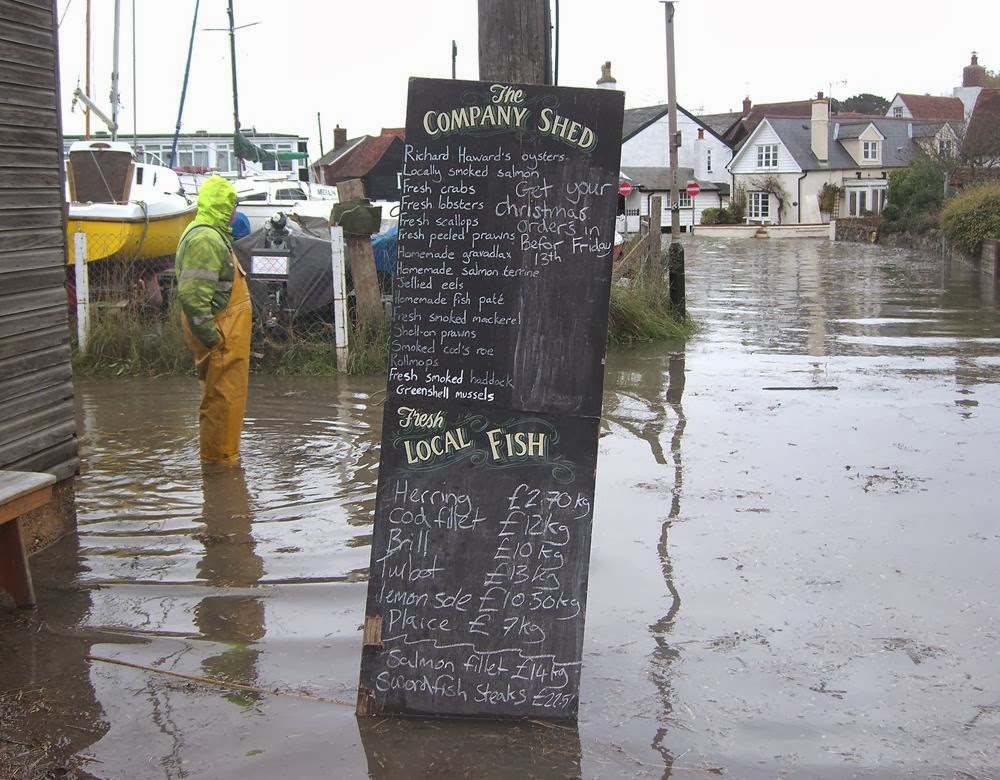 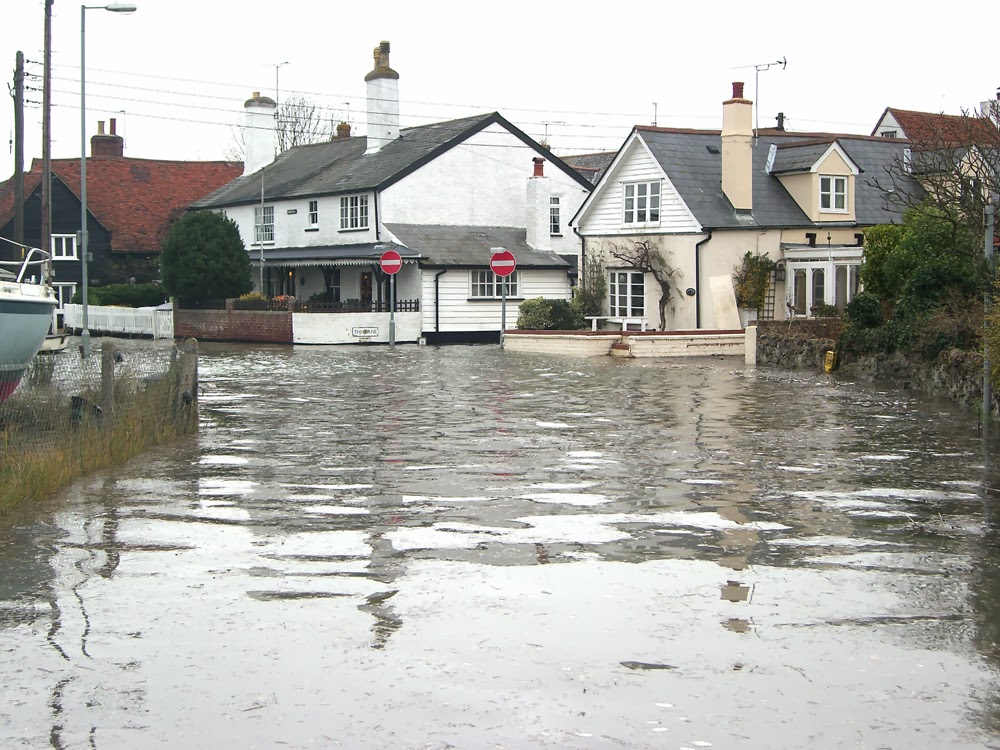 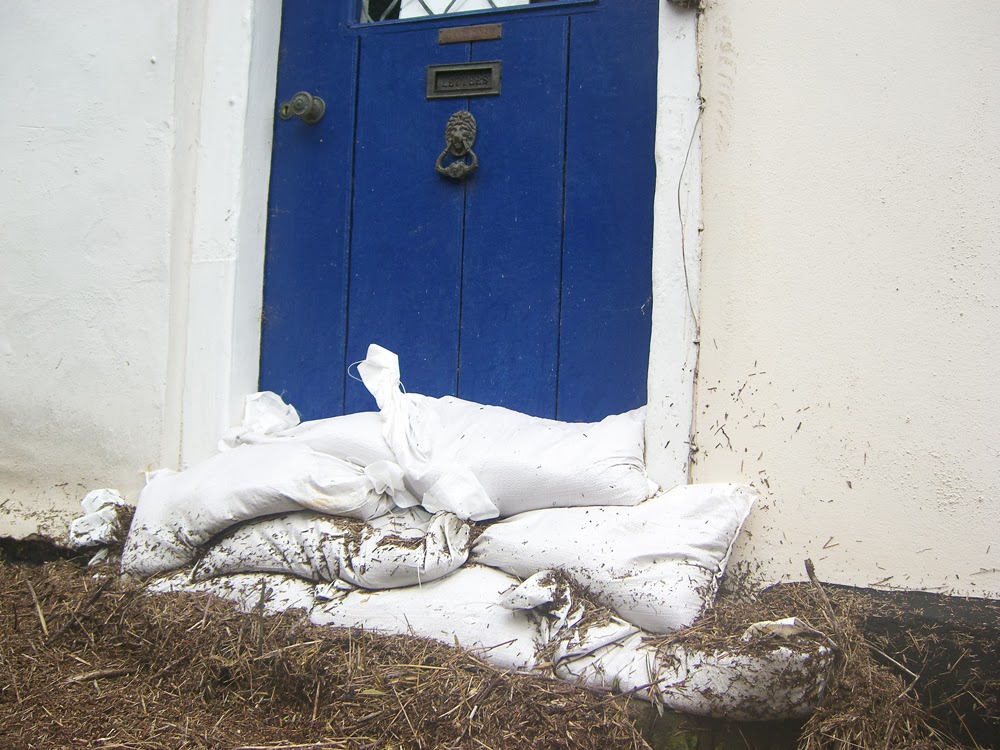 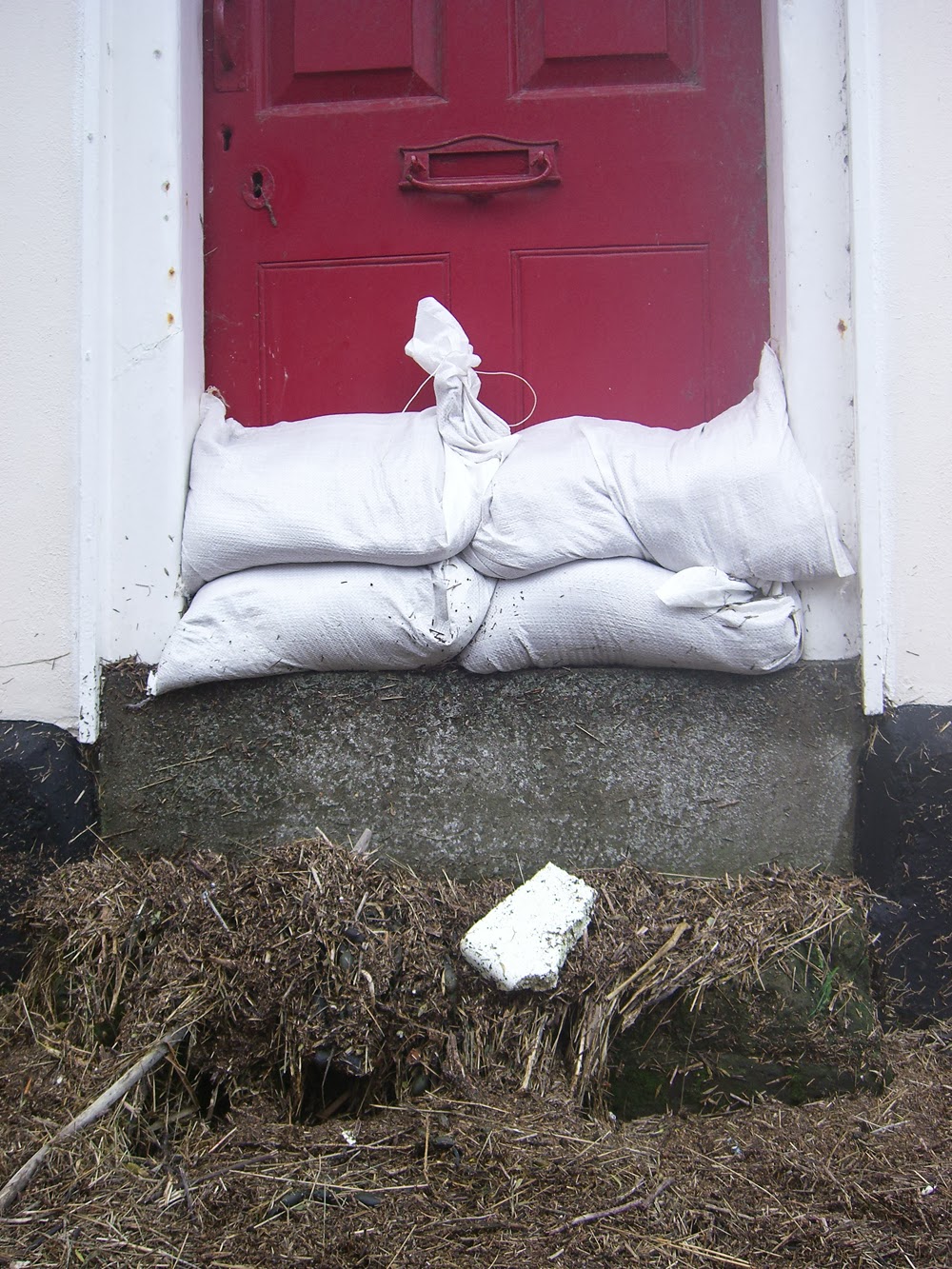 And here are my punting friends last Sunday (such a lucky sunny day with no rain) sailing up and down the Strood.

The Strood is the causeway linking Mersea Island to the mainland.  It's normally a road (the B1025 to Colchester) but it floods at spring tides turning Mersea back into a real island, and marooning us for an hour or two.

Thanks to Lurch for the film.